The best breakfasts in Kilkenny 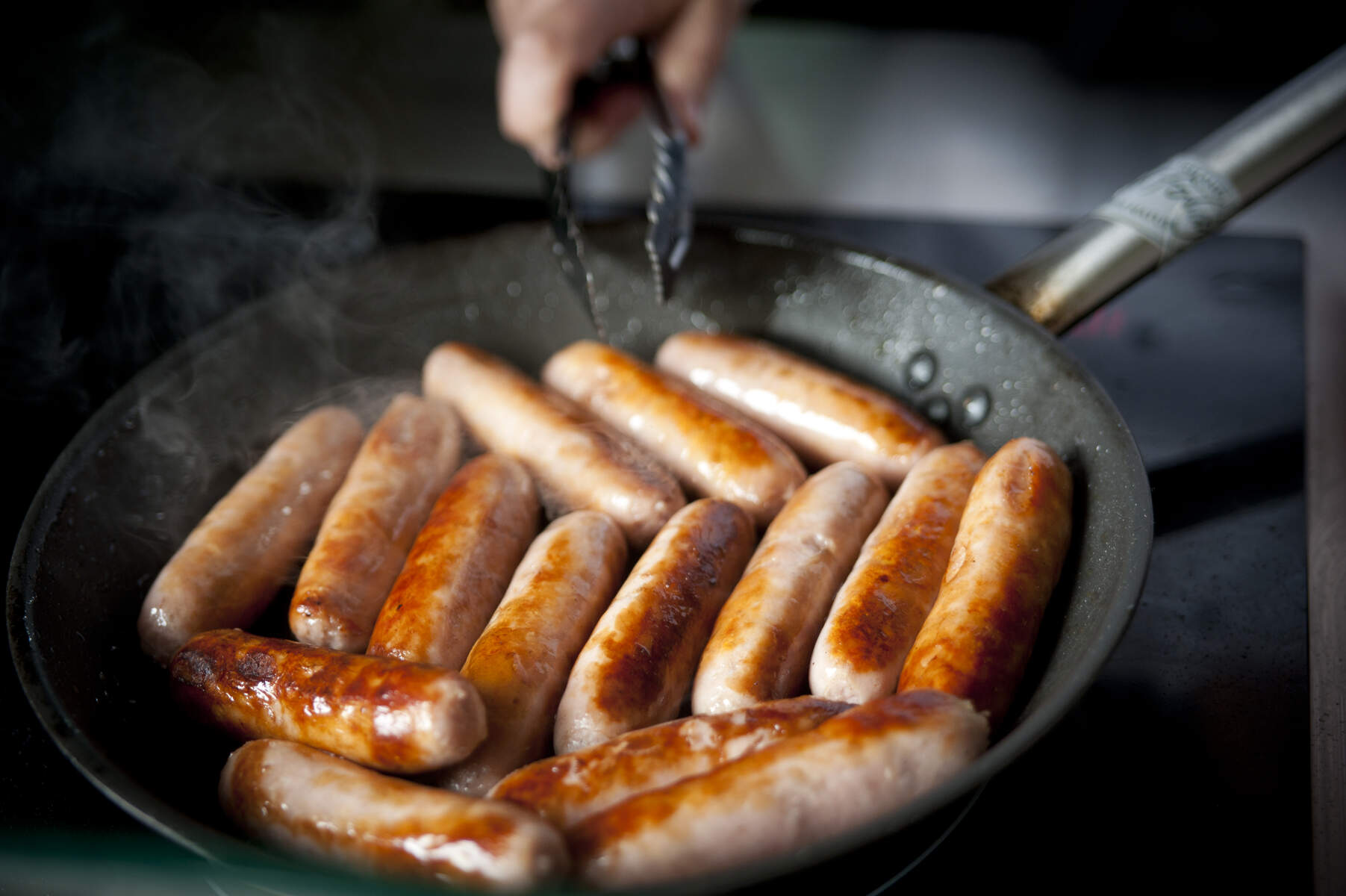 In this instalment of the Catablog, I look at what I consider to be the best breakfasts in Kilkenny. I offer one place for each category of breakfast, as Kilkenny has such a diverse range of establishments. Whether you are away with friends for the weekend, on a romantic break, or on your own, this is the best guide to breakfast in Kilkenny.

The morning after the night before: The World’s End.

This breakfast is for you guys, who were out last night, and are expected to participate in today’s activities. We’ve all been there, no energy, no motivation, and the stag expects you to sit through Watford v Burnley at 12.30 before the rugby starts, it’s going to be a long day. Fear not, the World’s End breakfast is a proper full Irish, cooked in front of your eyes by James, you will be set up nicely for the day. Ask James for the works, such good value at €9. This is the best full Irish breakfast in Kilkenny. The World’s End is located on John’s St. close to the Kilford Arms.

Billy Byrne’s which is located close to MacDonagh train station, serves for a variety of diets, but if you are vegan or vegetarian, this is the best breakfast in Kilkenny. Tofu Scrambled Eggs, roast flatcap mushrooms, beetroot & minted garden pea hummus, potato, baked beans, grilled tomato and Rye Bread, all for €9.95. You can bring your carnivore friends along, as the full-Irish is also amazing in both taste, and value at €10.95. If you are a late riser, Billy Byrnes serves breakfast until midday, making it one of the later breakfasts in Kilkenny.

You are in Kilkenny with your special someone, and you want everything to be perfect. Zuni’s breakfast in their café is a must. When you walk in the door, you are not just greeted by very friendly, and professional staff, but also by a selection of tasty pastries. It is not the full Irish that I regularly go to Zuni for, but for their croissant and coffee, I love these croissants. Every now and again, my wife and I treat ourselves to a bacon benedict, which is really tasty. Breakfast is served daily from 8am until 10.30am. Zuni is located on Patrick Street, not far from the Parade.

If you are looking to have breakfast in Kilkenny with the kids, or your elderly parents, the Glendine Inn is perfect. Firstly, when you arrive there are loads of parking spaces there, and it is easy to pull up at the door to leave anyone with mobility issues out. Secondly, it is a great place for anyone with mobility issues as there are no steps to get inside, and once inside, it is completely flat. There are areas inside where it is very easy to keep an eye on your kids while you tuck into a tasty fry. Finally, there is a good selection of items on the menu, and of course it is very tasty. The cost of a full Irish is €12.50, and served from 8am until midday. I should also confess at this point, that I do work there part-time, so staff are also awesome. The Glendine Inn is located on the Castlecomer Road, close to the Newpark Hotel.

I hope this is a help to you when choosing your breakfast in Kilkenny. Please let me know what you think via my social media pages. 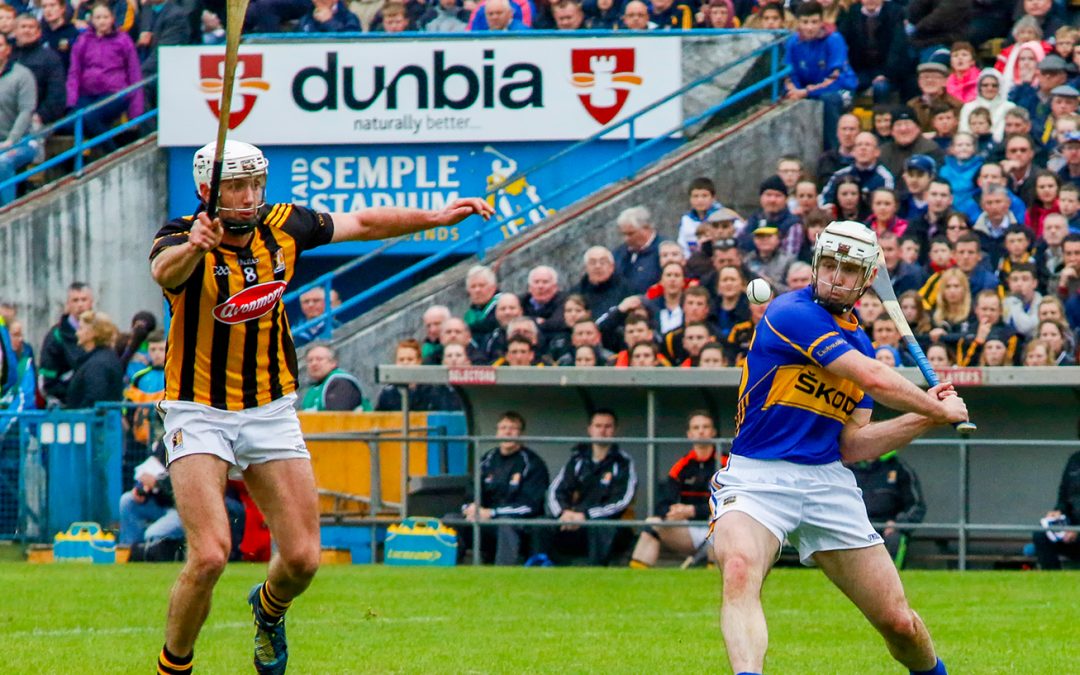 Things to do in Kilkenny: go to a game of hurling.

Watching a game of hurling is one of the best cultural activities that you can do during your stay in Ireland, and Kilkenny is the best place to see a game. The first thing that you need to know, hurling is taken very seriously in Kilkenny, it is more than a sport, it is a way of life. Every Kilkenny person has an opinion on hurling. I grew up in a hurling family, my father hurled for Tullaroan, but I wasn’t as gifted as him. When I was growing up, we regularly pucked a ball in the back garden. My dad brought me to plenty of matches over the years, and eventually I had to bring him. My club is Dicksboro, unlike soccer, you don’t get to chose with club you play for or follow, I was born in the boro, I grew up in the boro, and I still live in the boro.

If you are not Irish, you probably don’t know what I am writing about. Hurling is a game played mostly by Irish people, and it is believed to be around 3,000 years old, possibly making it the oldest field game in the world. The first written record of the sport dates to 1272 BC at the battle of Moytura, Co. Mayo. This game would have been vastly different to the modern version of the game. We know that it was 27 aside, whereas the modern game has only 15 players on each team.

Due to the speed at which the ball travels, hurling is also known as the fastest field game in the world. The fastest recorded shot was by Kilkenny’s TJ Reid in 2014, 181.1kph. You could debate whether it is the fastest field game, but for excitement, nothing comes close. In 2018, UNESCO inscribed hurling on the representative list of Intangible Cultural Heritage of Humanity. The combination of culture and excitement makes it one of the best things to do in Kilkenny.

A few things you should know before you go to a hurling game. Hurling is played on a field no more than 90 meters wide and 145 meters long, with H shaped goals at each end. Hitting the ball over the bar is one point and in the goal is three points. Not sure if the ball went over, in or wide, no problem, there are two umpires behind each goal who will wave a green flag for a goal, a white flag for a point or make an X with their arms for a wide. There are scoreboards to keep track of the score, it shows how many goals and points each team has scored, e.g. Shamrocks 3-10 (19 points) Dicksboro 4-12 (24 points).

The equipment is fairly basic. Each player is equipped with a flat stick curved wide at the end, called a hurl (hurley in other regions) or camán in the Irish language. The hurl is traditionally made from ash. The ball is slightly bigger than a tennis ball and is made from leather, and filled with cork. The players may catch a ball in their hand and run with it for no more than four steps, after which they must strike it or run with it on the hurl. Running with the ball on the hurl requires a lot of skill, and is known as soloing. A solo can be stopped by an opponent hitting the ball with a hurl or a shoulder to shoulder charge.

The rules of hurling are regulated by the Gaelic Athletics Association (GAA), which was founded in 1884 to preserve and cultivate our national pastimes, which included standardising the rules of the games. Today the GAA oversees four sports in Ireland, which are Hurling, Gaelic Football, Rounders and Handball. There are 2,200 clubs in Ireland and another 400 around the world. The players are strictly amateur, even at the highest inter-county level. The two biggest days in the GAA calendar are the All-Ireland finals in hurling and Gaelic football, both games sell out the 82,300 capacity Croke Park in Dublin. In Europe, only the Camp Nou and Wembley Stadium are bigger.

UPMC Nowlan Park is the main stadium here in Kilkenny. It has a capacity of 27,000, and is named after the longest serving GAA president, James Nowlan. There are three different levels of local championships (senior, intermediate, and junior) played between the 41 clubs, the winner of these go into the provisional championship, and the winners of those qualify for the club All-Ireland championships. The current holders of all three senior titles are Ballyhale Shamrocks from south Kilkenny, this was their nineteenth time to win the Kilkenny senior championship, one short of record holders Tullaroan and their eight time to win the club All-Ireland, which is a record.

The best players from the local championship are asked to represent the county in the league and All-Ireland championship. Kilkenny is the most successful team in the history of the sport, with 36 senior All-Ireland championship wins. The striped black and amber jerseys are as recognisable as the New York Yankees pinstripes. If you are planning a trip to Ireland, add to your list of things to do: Kilkenny hurling. For more information, check out the links below to other websites (I have no affiliation with any of these). H’on the boro, h’on the cats.